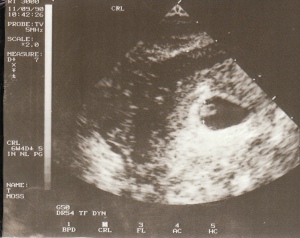 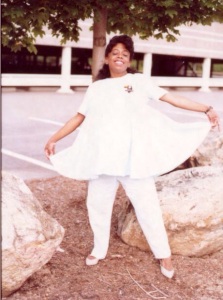 I just want to be able to move in a much less restricted manner… There is no point in inflicting pain into a very long chapter whose covers I’m closing.  That chapter is done, and I’ll leave it that way, focusing on other things including this delicate repair –because it’s worth it.

I’d much rather have a good friend, than not to; I’d rather be able to say at the end of my time, that I was a good friend.

I’ll be picking up my laptop this evening, and I can’t wait to resume; you know me, doing research on various things including octopi, but whatever I discover from research must become embedded in my mind so that I can speak from having absorbed the info –I will leave that post buried…

It served its purpose, and has been replaced by a greater purpose, one ahead of me… As yet undetermined; as yet unwritten, and I must go forward to find out what it is, to write it as I live it, to live it as I write it –and this is part of my new post now that I have my laptop and am working my way through all the paper that  piled up…

transcript of the eulogy

of course when I posted about “Johnny” being called back for a job interview, I did add “Johnna” being called back but not “Jamallah”, but it was his emphasis on moving forward that struck me the most, his emphasis on forgiveness!!! –I’m for that too! And my Fb posts today  are all about mixtures of this combined with my desires to move forward in whatever kind of ragged friendship may remain; Obama’s need to step into issues so (superficially) different from my own (more of my emotional post right here), but that same need to access something different, and maybe if I’m lucky even with MS –though living without love is so common, and I very well could be one of those, what I’m saying is that if my friend still offers friendship –I will ask him in my blog, only directly if he speaks to me; I want to move forward and find whatever may –or may not!– be there…

This is hard because I worry about what it says about me, that I would forgive him despite how cruel he was –as if there should be no consequences for that cruelty; cruelty and selfishness, his character flaws, but I like him anyway….I have some too, but this is not a contest to determine which one of us is more flawed. My MS (multiple sclerosis) was problematic, ultimately, for both of us I feel; really got in the way, although he was being kind when he said it didn’t… I do appreciate that.  I really do.  I like my friend very much, and I want to keep this friendship.. Do I mean to say that “good sex” makes up for any other deficit? –I hope not, because intellectually, I reject that idea, but on an emotional level, I am saying that, and I don’t like what I have to see when I look at myself honestly… Even as I still regale riding the coattails of, of all things, a eulogy for a most horrendous shooting, in a sanctuary!  for Clementa Pinckney–but even as it happens, police search for fugitives! –and crime continues –did not stop! I have to wonder how many pickpockets and con artists were possibly in the AME church while the eulogy was being made…. Crime did not stop.  Bullets still found a target, willing target or not.

MORE ABOUT THE EULOGY FOR THOSE WHO SHOULD NOT BE DEAD! BLACK LIVES MATTER, SHOULD MATTER TO ALL OF US! –WE SHOULD CARE! -NO MATTER WHO WE ARE!

More of this news; gunned down while preaching of all things!

more news here, with names! from The New York Times

The dead, six women and three men, were all African American. Eight died at the scene; the ninth, Daniel Simmons, died at MUSC Medical Center. They were all killed by multiple gunshots fired at close range. One unidentified person was wounded but survived. Five individuals survived the shooting unharmed, including Felicia Sanders, mother of slain victim Tywanza Sanders, and her granddaughter, along with Polly Sheppard, a Bible study member. Pinckney’s wife and daughter were also inside the building during the shooting. Those killed were identified as:

And just now, I received another stanza of a poem on “Shadows” that a friend and I have been exchanging via email for several days. I think that we’re still friends, and I responded by sending an additional stanza earlier today. I will say nothing else.  The stanza will say everything for me… Eggshell time….  Delicate Ballet

I hope he is both encouraged and amused by this post.  I just want to continue our friendship that was doing fine until sex practically ruined everything –not because the sex was bad, but because it wasn’t, and– move forward… keep moving in this delicate ballet on eggshells.